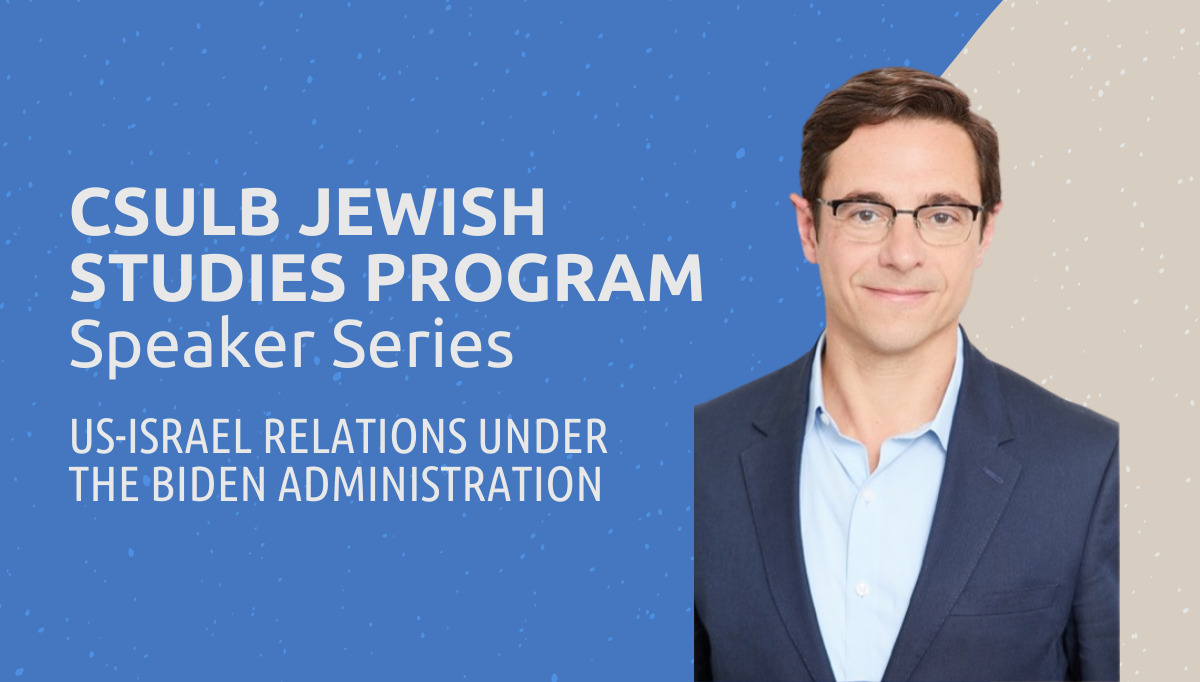 After over a year of only virtual events, the CSULB Jewish Studies Program is delighted to be hosting speakers again in person at the Alpert JCC!

All events will be held in the auditorium, and all attendees are required to wear a mask for the duration of the event.

This monthly speaker series is free and open to the community, no RSVP required.

Is the Director of the Y. and S. Nazarian Center for Israel Studies at UCLA.  His talk will be on Monday, October 4th, at 7 pm on the topic: “U.S. – Israel Relations Under the Biden Administration and the Future of American Support for Israel.”

The United States has long been Israel’s closest and most important ally. After four harmonious years of U.S.-Israeli relations, during which the Trump administration was closely aligned with the Netanyahu government, there are now new leaders in Washington D.C. and Jerusalem and new challenges for the U.S.-Israeli relationship.

Professor Waxman will outline these challenges and discuss the trends shaping the future of the U.S.-Israeli relationship. He will argue that after decades of bipartisan American support for Israel, the bipartisan consensus concerning Israel is eroding. Consequently, American support for Israel is becoming more contentious and less certain. Its future cannot be taken for granted.

UPCOMING EVENTS IN THIS SERIES